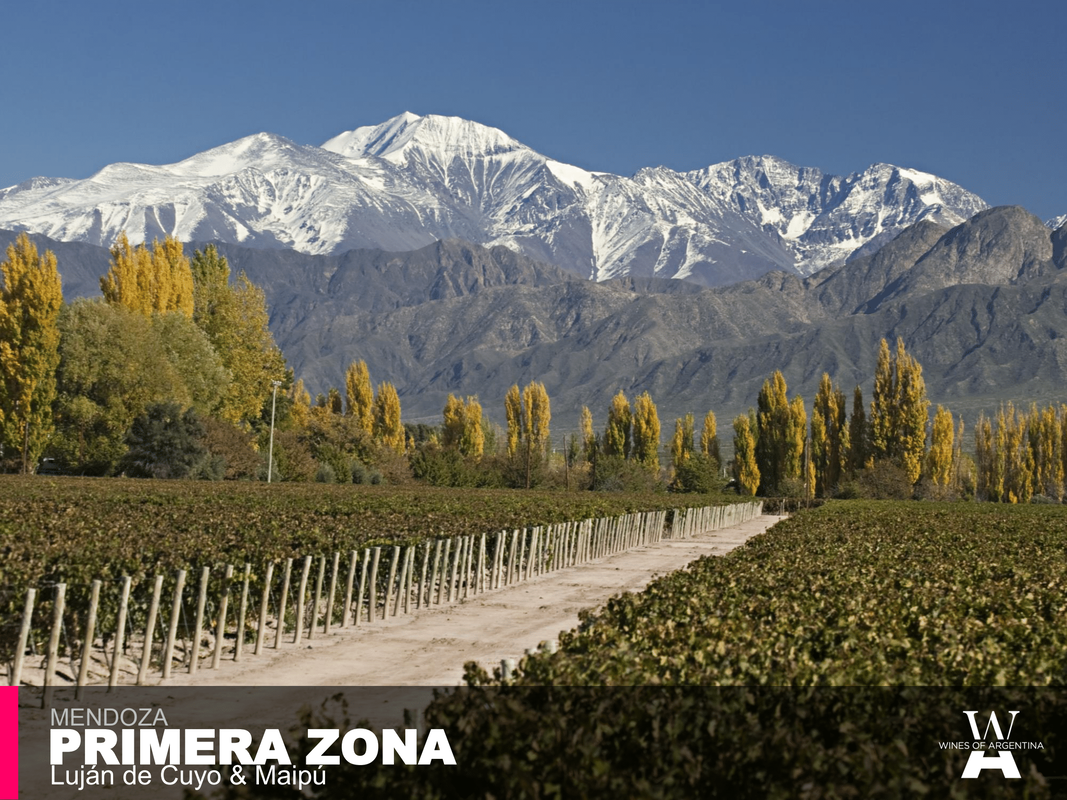 Courtsey of Wines of Argentina
Malbec, traditionally known as Côt or Auxerrois, is Argentina's most significant grape and practically synonymous with the country. However, there is more to Malbec than just Argentina.
Originating in Cahors, France, the grape is a permissible Bordeaux varietal. However, like wine, trends, tastes and growing regions inevitably change.

​DNA analysis has shown that Malbec is a cross between Magdeleine Noire des Charentes, the same female parent as Merlot, and Prunelard, an old and endangered cultivar from southwest France.1 Using this knowledge, it has been deduced that Malbec’s origins are in the Lot Valley of Cahors France.2
<
>
The popularity of Malbec is traced to Elenor of Aquitaine (b. 1122 -
d. 1204) who championed the grape. Pope John XXII (b. 1244 d. 1334),
who was born in Cahors, and moved the papacy to Avignon, used
the grape for sacramental wine. In the thirteenth century, Cahors
Cot also became popular with the British. Malbec’s popularity grew
throughout the century and resulted in 1308-1309 being a record year
with 850,000 hectolitres of Malbec wine being imported. This growth
came to an end with the start of the Hundred Years War between
Britain and France in 1337. Other notable champions of the grape
were Francis I (b. 1494 -- d. 1547), who referred to Malbec as les plantes
du roi (“the king’s plants”) and Peter the Great (b.1672 -- d. 1725).3

Malbec was a significant grape in Bordeaux prior to the 19th century.
At that point, 40-60% of the first growth wines had Malbec as part of
the blend.4 However, in the 19th century, Cabernet Sauvignon and
Merlot became popular due to the Malbec crop being impacted by
several years of bad weather; furthermore, a naval blockade during
the Napoleonic Wars (~1811) caused a switch from the milder Baltic
oak barrels which were commonly used for the popular Malbec-
Verdot blends to barrels made of French oak, which were commonly
used for Cabernet Sauvignon and Merlot blends.5 Malbec production
was further reduced in the region with the 19th century phylloxera
epidemic and most recently when a 1956 killer frost reduced acreage
in the southwest of France.6

After the 1956 frost, Cahors became France’s main producer of
Malbec. However, it was not until 1971 that Cahors was awarded full
Appellation Contrôlee status. Appellation rules in Cahors require Malbec, known there as Auxerrois or Cot, to compose 70% of
the wine, blended with Tannat or Merlot. The clones contained
within the vineyards of Cahors were selected for their resistance
to shattering and date from the 1970’s.7
​​
​​
Argentina’s stocks are older as they were brought into
the country before phylloxera, and continued to thrive as
phylloxera did not pose a threat to the country's vineyards.
Ian Mount’s book, The Vineyard at the End of the World:
Maverick Winemakers and the Rebirth of Malbec, provides an
insightful guide to the origins of Malbec in Argentina. In the
book, Mount traces the vine’s arrival in Argentina to around
1853, which was when Michel Aimé Pouget, a French agricultural
engineer, moved to the Mendoza area to operate a government
model farm and planted Malbec along the desert region of
western Argentina.8 Here the vine thrives in Mendoza’s hot sun
which creates high vigor and dense leaf cover. Furthermore,
its warm evening temperatures help reduce grape acids so
that Malbec in Argentina is not as acidic as its counterpart in
France. Argentina ultimately created a more suitable growing
environment for the thin-skinned grape that is susceptible to
cold and disease.

Later in his book, Mount follows Malbec's history to the
1970’s when acreage in Argentina peaked at 120,000 acres and
then declined to 25,000 acres between 1970 and 1990 as it fell
out of favor and was replaced by other varietals.

ln the mid-1990’s, a Malbec revolution occurred. According to the Argentinian wine revolution’s founding house Catena Zapata (catenawines.com), the revolution initiated in the early1980’s when an Argentinian grower/winemaker known as Nicolás
Catena Zapata, who held a PhD in Economy, was a visiting scholar
at the University of California Berkeley. While at Berkeley, Nicolás
learned about the Napa Valley wine revolution and the story of
the Judgement of Paris, inspiring him to follow suit in Argentina.
Thus, Nicolás sold his table-wine-producing company, keeping
only Bodegas Esmeralda, the fine-wine branch of the family's
winery. Nicolás then set-out to discover the best growing regions
of Mendoza. In 1994, after spending five years working on the
85-year-old Angélica vineyard, Nicolás was satisfied enough to
make a Catena Malbec. This first wine was a success, as it was
heralded by wine critics, including Robert Parker Jr. Catena.

With the goal of improving upon this success, Nicholas planted
Argentinian Malbec clones to search for the best vine selection,
as clones from Cahors proved disappointing. He also worked on
refining his vineyard management techniques as Mendoza’s high
elevation required a different approach to that of lower altitude
vineyards. For example, in most regions, removing leaves from
the vines assists in reducing the methylpyrazine (green mint
flavors) of the grapes, contrarily, leaf removal at high altitudes
produces pruny flavors due to sunburnt grapes.9

​Malbec has existed in California as early as the 1850’s, and was brought over by French immigrants.11 However, it was not until 1978 when the grape started to appear in acreage statistics in California after five acres were planted in Napa Valley during 1976. Since then, the total Malbec acreage in California slowly increased, and by 2017, the total acreage for Malbec reached 3,822 acres (bearing and non-bearing).3 The increased interest in Malbec can
be attributed to its usage in“Meritage,” the name of a Bordeaux varietal blend of Cabernet Sauvignon, Cabernet Franc, and Merlot.

range of soil types.” (http://iv.ucdavis.edu/files/24334.pdf).
However, it has an affinity for stony soils that stress the vine.      weather can cause coulure (the failure for grapes to develop
after flowering).      temperatures decrease. Spicy and Herbal flavors increase as
GST increases. (Wines of Argentina)

<
>
Requirement: Minimum of 70% of Malbec/Côt. Accessory grapes
include Tannant and Merlot. 10% to 13% ABV requirement.
​Cabernet Sauvignon, Merlot, Cabernet Franc, Petit Verdot, and to
a lesser extent Carmenère and Malbec.
It should be noted Malbec is rarely found in a wine from Bordeaux.

Meritage
The Meritage Alliance, formed in the 1980’s is a trade
organization that governs the usage of “meritage” on the
bottle. For a bottle to be called a meritage, it requires the
following: “Meritage wines are provocative red or white wines
crafted solely from specific "noble" Bordeaux grape varieties
and are considered to be the very best wines of the vintage.”
meritagealliance.com/
adds red fruit and peppery notes to the Malbec. In Argentina, “the
Franc is a deep wine with a concentrated violet colour and is very
expressive with its aromas of red and black fruits, wild herbs and
spices. On the palate, it is voluptuous with good tension and firm
tannins, which mean great ageing potential.”
There is typically a higher proportion of Malbec or a higher
proportion of Cabernet Sauvignon with no defined proportions.
Unlike in Bordeaux, these wines do not contain Merlot.
Typically found from Mendoza, which produces both grapes.

Oak: Usually, Malbec is typically aged between 4 and 20 months,
however unoaked Malbec does exist. 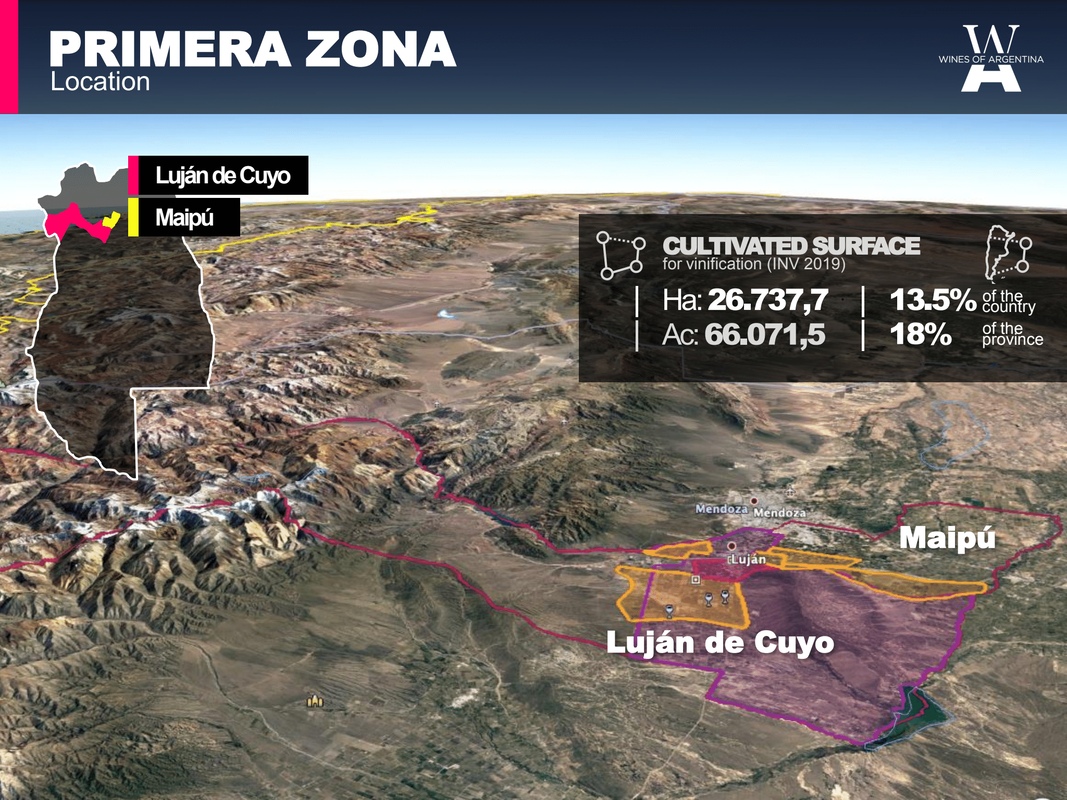