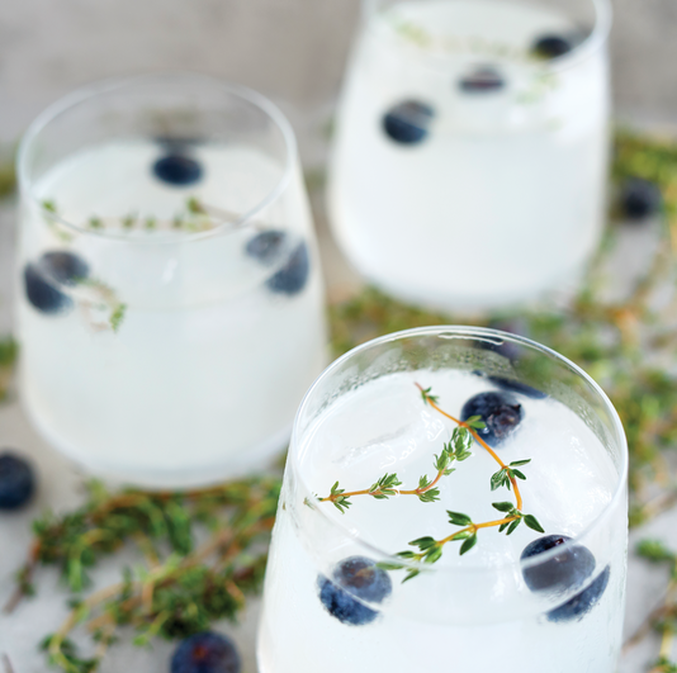 Vodka Analytics: What matters according to science

What makes one vodka analytically different from another is less definitive than it is with other spirits. Though base fermentables, distillation method, and production process are points of differentiation, they are relatively straightforward and the quantifiable results of those processes are less definitive.  This is because vodka comes off the still at 96% Ethanol Alcohol by Volume, and it is the remaining 4% being what differentiates one vodka from another.  This can be compared to whiskey, another grain distillate, which comes off the still between 40-80% ABV.  However, there has been research that corroborates differences in ingredients and production process, with the most insightful technique being solid-phase micro extraction with gas chromatography and mass spectrometric detection, which has been cited as most helpful in the determination of the variation in volatile aromatic compounds.

It is important to note that there are two schools of thought to the creation of vodka: purity of ethanol vs the traditional approach of maintaining a perceptible taste of grain or potato, which distinguishes vodka from an entirely neutral spirit. ” This is accomplished by leaving in particular aromatic compounds.  As to which one is preferred is a matter of personal preference.

Though there is no scientific consensus on the impact of ingredients on the flavor of vodka, it is generally accepted by Hawai’i Beverage Guide that ingredients matter, based upon personal experience, informal discussions with the bar and distilling communities, and review of scientific literature. This position is supported by a 2017 literature review conducted by Dr. Matthew Pauley and Dr. Dawn Maskell of Heriot Watt University's International Centre for Brewing and Distilling who write, “It should be noted that there is no consensus of opinion on the importance of the contribution of the choice of yeast strain to the levels of metabolic by-products produced, although the authors of this review are of the opinion that common sense would suggest that both strain selection and raw material choice would have an influence on yeast growth, fermentation efficiency, and the production of flavour active by-products such as esters, aldehydes, and higher alcohols.”
​
<
>
Compared to other fermentations that use a combination of different yeast and bacterial varieties, saccharomyces cerevisiae is the most critical to the final distillate, as it produces the most ethanol and fewest non-ethanol volatile compounds.  This can be contrasted with the fermentation of other spirits in which fermentation by bacteria like lactobacillus and other yeast strains such as schizosaccharomyces pombe are also important.

​ Pauley and Maskell (2017) noted that yeast strain probability does have an impact, and cited work by Klosowsk, Czupryński, and Wolska (2006) which found that aldehydes and higher alcohols were influenced by yeast strain selection.  Another study by Klosowsk and Czupryński (2006) suggested that no statistical differences could be determined between the two strains of the yeast examined, and that the differences in fermentation by-products in the final spirit were narrowed down to the raw material used.  However, there was no indication that either study resulted in specific organoleptic differences attributed to each yeast, and Hawaii Beverage Guide did not have access to the full version of either study to assess the specific methods or results of the study.

It is Hawai’i Beverage Guide’s opinion that, though fermentation techniques matter in the production of vodka, using pH or yeast strain to compare how fermentation impacts different brands in regards to the final flavors of the vodka is inconclusive.  This is because the resulting non-ethanol aroma compounds in the final distillate are minuscule compared to other spirits.
As vodka is 60% water, water chemistry will alter the chemical profile of the final distillate.  Though not providing aroma compounds, water typically contains salts which do affect the ionic composition of the vodka, to the extent that the ionic profile can be used to fingerprint a vodka.

Some distillers will track the pH of the proofing water because it is so important. Additionally, the ionic content (salts in water) can impact on taste.  This is the reason why bottled water may have sulfate, potassium chloride, calcium chloride, sodium bicarbonate, and magnesium sulfate listed as ingredients alongside purified water on the Nutrition Facts label.

​Though variations in water clearly impact the final flavor of the vodka, comparing the variations between different water sources does not provide a particularly helpful reference to how one vodka will quantifiably taste different from another.  Rather, it can only be used to say that two vodkas will qualitatively differ in taste.

In the distillation of vodka, with the exception of batch distillation (pot stills with or without a reflux column), the number of times a vodka is distilled in continuous distillation is a commercial expression that alludes to the fact that a Coffey Still may be broken up into shorter columns to reduce the overall height necessary for distillation.  For more insight into distillation, read Hawai'i Beverage Guides’ A Guide to Distillation in the June 2021 Issue or at hawaiibevguide.com/spirits.

What really matters in vodka distillation is reflux ratio.  As discussed in our Guide to Distillation, reflux ratio is the ratio of the liquid that has returned to the distillation column to the amount of liquid removed. This matters because the higher the reflux ratio, the more purified the distillate, as reflux is what helps to separate out the various volatile/aroma compounds in the azeotropic solution.  Given that vodka must be distilled over 95% ABV, and that there is a theoretical maximum distillation proof of 95.57% ABV, heads, hearts, and tails “cuts” are not particularly possible with vodka, unlike other distillates which can vary significantly depending on the distiller.  Additionally, insight into what non-ethanol volatile aroma compounds remain in the final distillate due to different production methodologies could not be found by Hawai'i Beverage Guide and, unfortunately, reflux ratio is not currently a metric maintained on-hand by most distillers.  What can generalized, however, is that:
-Pot still vodka has the lowest reflux ratio of any still type
-Pot still with a reflux column has an intermediate amount of reflux
-Continuous distillation has the most reflux

​ Filtration in vodka, like the filtration of any other liquid, is the removal of unwanted substances by passing it through a medium that will absorb larger unwanted molecules while allowing smaller, desired molecules to pass through.  By definition, filtration does not add anything.  It is generally accepted that different filtration methods create differentiation.  However, it is important to keep in mind how filtering works, because there are brands that claim the use of a “filtration” medium but do not appear to have the ability to modify the distillate, due to its physical property.  For example, a non-porous material is not a good filter, because everything that touches it passes through with nothing being absorbed.  Additionally, non-porous, non-reactive materials make for a poor filter medium because, by definition, they do not modify anything.
<
>
Activated carbon or activated charcoal is the most common type of filtration medium used in the production of vodka.   During this process, activated carbon removes “organic admixtures from the ethanol solution and ensure the catalysis of a number of chemical reactions (oxidation, esterification, isomerisation, hydration, etc.)”.8  This is possible because “activated carbon has a large surface area, and consist of macropores (>25 nm), mesopores (1 nm < D < 25 nm), and micropores (<1 nm) and that most volatile byproducts of fermentation, such as higher alcohols, cyclic compounds, and ethers, have higher absorbability on activated charcoal".9 It should be noted that acetaldehyde, which can be described as having a tart flavor reminiscent of green apples, is not easily filtered by activated charcoal.  Additionally, not all activated carbon filtration is the same, as the type of activated carbon, the amount of activated carbon, and the duration of exposure of the distillate to activated carbon all impact its efficacy.
Chill filtration may also be used.  This method is when the temperature of a liquid is lowered so that certain long-chain molecules coagulate, which makes these molecules easier to remove.
Ozone (03) may also be used to purify ethanol. 10  A study by Cai et al., based on an earlier study by Onuki et al.,11 showed that of the ten common congeners tested (acetaldehyde, ethyl vinyl ether, 1,1-diethoxyethane, isoamyl alcohol, isoamyl acetate, styrene, 2-pentylfuran, ethyl hexanoate, ethyl octanoate and ethyl decanoate), the 03 process, when combined with others, yielded the following:
-Ozone treatment of 40 mg/L resulted in a > 56% and a >36% removal of styrene and 2-pentylfuran, respectively, without significant generation of byproducts.
-Granular activated carbon of 55 g/L and 270 min adsorption time resulted in 84, >72 and >78% removals of ethyl hexanoate, ethyl octanoate and ethyl decanoate, respectively.
-CO2-based stripping, at 675 LStripping gas/LSample, removed 65, >82 and >83% acetaldehyde, ethyl vinyl ether and 1,1-diethoxyethane, respectively.

“Filtering” with rocks and other mineral sources post distillation is incorrect terminology, as most are too porous to capture the small volatile compounds.  Rather ethanol may dissolve these minerals into the distillate, making them additives.  For more see the following section: “Additives - Minerals”.

Common additives to vodka include:

The Chemical structure of vodka

A study by Hu et. al. suggested that variations in mouthfeel can be attributed to differences in the number of water molecules that can be arranged around ethanol in a cage-like structure called a hydrate.  Though E (5.3+/- .01) H2O water molecules per one ethanol molecule is most common, this number can vary between brands. From this insight, the researchers hypothesized that vodka with a higher amount of water clusters would result in a watery mouthfeel.  Conversely, a highly structured vodka with the presence of ethanol-only clusters would have a less watery mouthfeel.  How variations in ethanol clusters are intentionally created was not suggested by the study.

A discussion on the volatile aromatic compounds in vodka

For a more thorough discussion on the chemical analysis of vodka chemistry, we recommend reading the following literature review:

* The data is somewhat conflicting, as countries have varying degrees of control over their producers and different regulations, and many of the studies cited may consist entirely of products not found in U.S. markets.