Hawaii’s newest brewery, Hana Koa Brewing Co. opened on November 20, 2019 with a brewmaster born and raised in Hawaii and that has production brewing experience developed on the mainland.


Founding
Founded by Kamehameha Grad Josh Kopp his wife Chrissie, and Josh’s father Kerry the project started when in 2016 Kerry, spoke to Josh about an old Coca-Cola syrup plant his firm Guss and Kopp Realty acquired in Kakaako. Josh jokingly suggested “What if we build a brewery?”  At that time, Josh had just taken over as Head brewer at E.J. Phair Brewing Company. This entailed learning every position and managing a brewing brewing operations team in the companies 30 Barrel Brewhouse in Northern California. Chrssie was also working in the beer industry doing sales for Ballast Point Brewing.  Given their combination of skills and Kerry’s business acumen as President of Altres, the project took life. Build-out of a brewery started in 2018.
As their vision developed, Josh and Chrissie viewed Hana Koa Brewing as an opportunity to stand for “adventure into the unknown, to find something bigger than ourselves and to give back something that is bigger than ourselves.”  This can be seen through their intent to quarterly brew a beer to benefit a local non-profit, and the staff hiring interview question of: “If you had the resources of the brewery to do a benefit a non-profit, who would you do the event for?”

The Beer
Josh explained that Hana Koa’s initial approach to beer will be, “to keep people excited, do a lot of new beers and just play around.”  As the company just opened, they are trying to find their audience’s flavor profile. There are a few general principles of what will be on tap.  “We like doing hop forward beers, though not necessarily bitter beers. [We plan] on always having two to three IPA’s and one to two pale ales on hand at all times.  We already started our lager program and eventually will be getting horizontal lagering tanks which help with the conditioning period. We plan to not do any filtration and no fining agents [and eventually] we’ll grow into doing all natural carbonation for lagers as well. Everything for the lagers will be as natural as possible. We also have plans to do stout barrel aging and porter barrel aging, it’s also in the plans to do a 16% barleywine.  As we hire more staff, I want to be able to start giving other people creative freedom and feel like ‘I got to put my drawing down on canvas’.”

When asked about styles of beer he’s been wanting to work with but has yet to really explore, Josh mentioned the saison program that will be starring in December.  “I’ve really enjoyed the saisons I’ve tried and we really want to get that dialed in. When we start doing our sour program, they will be saison focused. These will incorporate Brettanomyces, Pediococcus, Lactobacillus, and other wild microflora that you wouldn’t normally use on this side of the brewery to give more depth and complexity [to the beer].”

Given the multitude of beer Hana Koa Brewing plans on producing, they have yet to identify flagship beers and probably will not start canning for a couple of years.  However, given their production capacity of a 15 barrel brewhaus with 15 Barrel and 30 Barrel fermenters, they will be scaling up both on-premise and off-premise sales shortly. 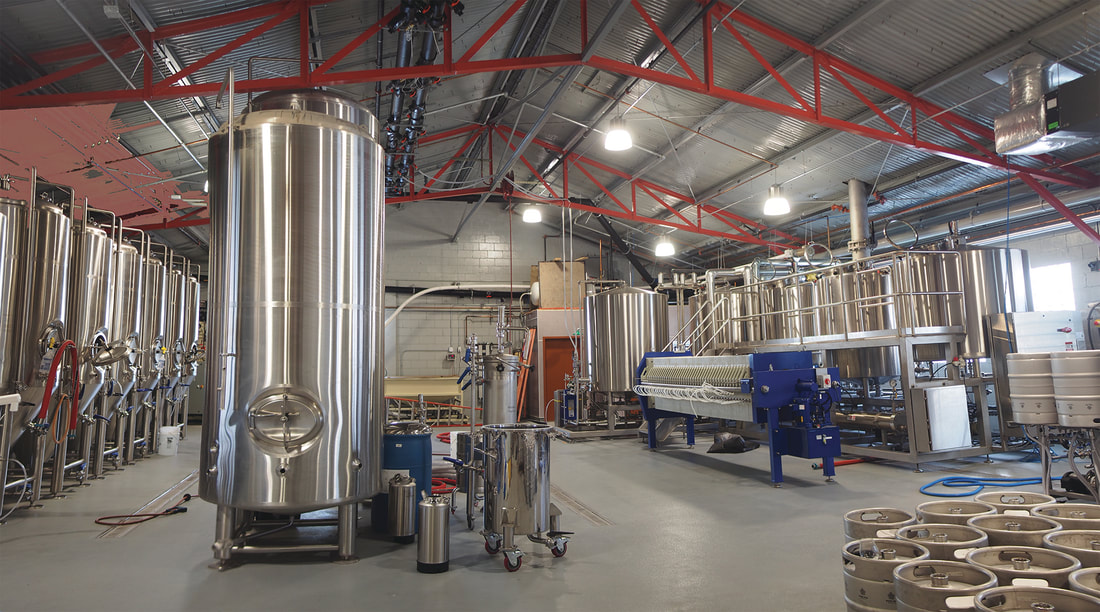