Maui Hard Seltzer is an extension of Maui Brewing Co.  As Maui Brewing Company looked beyond beer, hard seltzer was a natural extension to their already existing offerings of Maui Brewing Company Beer and Kupu Spirits.  We talked to Founder Garret Morrero to gain insight into what inspires their seltzer.
<
>
Seltzer has been trending around the country, and Maui Brewing Co is always looking beyond beer.  According to Morrero, “We always wanted to make more cool beverages but do them in a lighter craft style. As we started our brewery 15 years ago, the world has changed, and so has what people are drinking.”
​
Similarly, Morrero noted, “I drank beer all last weekend, and one Kupu Gin and Tonic. The weekend before was pretty much all seltzer. It just depends on what I'm doing. With the release of Mosaic Lite for us, it's been a toss-up for me where I'm like, "Do I want a Mosaic Lite or do I want a seltzer?" Mosaic Lite's 100 calories, 12 ounce, awesome Session IPA and then you have, on the flip side, you've got seltzer which is slightly higher alcohol but like a sparkling water. They're two very different beverages, of course, but I've been bouncing back and forth between, pretty much Bikini Blonde, Pau Hana Pilsner, Mosaic Lite and seltzer lately.
Approach to Flavors
Maui Brewing Company  spent almost two years  developing the seltzers flavors.  Morrero provided the following insight “We drank every seltzer we could get our hands on. We did not love the fake artificial flavouring that comes through when you use a cheap product. We also knew we wanted to go in a tropical direction because it made sense for Hawaii.  POG, for obvious reasons, I probably don't have to explain that to anyone in Hawaii. We chose citrus because it's dry, it's clean, it's got a little bit of acidity. Then the dragon fruit was just something cool that we wanted to do as well.”
​
Other flavors like coconut and mango as well as combining flavors were also explored, however Morrero explained, “we felt that we got the best beverage with the three initial ones we came out with. It doesn't mean to say we won't do more unique flavors in the future but you've got to start somewhere.” 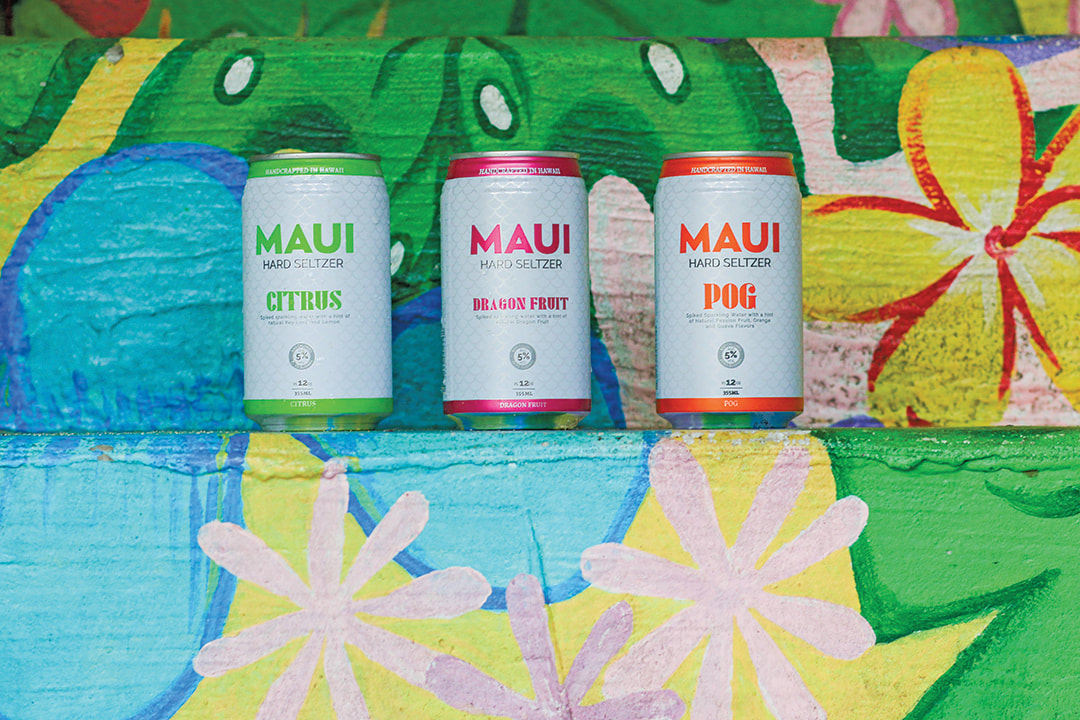 <
>
Sugar from Sugarcane.  According to Morrero, “Unfortunately, there's no sugar here on [Maui] Island but it's a better ferment, it's cleaner, there's no residual sugar left, it's also naturally gluten-free. It seems to be the, almost universal way it's being done around the world.”
The specific type of yeast used for fermentation is a trade secret.  Morrero added, “I'm going to pull a page out of white-card here and call that a proprietary process. Given that there's other seltzers in the market, I think ours is the cleanest. I think I've got to reserve some secrecy there.”
The same water used to brew Maui Brewing Co’s Beer is used to make their seltzer. That is, water from Maui’s Central aquifer that is filtered for particulate as well as for chlorides and fluorides. It’s then sterilized with UV and stabilized with ozone.
To flavor the seltzer, natural flavors which are organic when possible, were developed by a flavor house.  Unlike cheaper and artificial glycol flavors, these use a neutral grain spirit as a flavor carrier.  The reason real fruit is not used is because seltzer provides unique challenges.  Morrero explained, "For seltzer, the [fruit flavors] aren't going to survive fermentation so you have to do a cold-side addition. Using real fruit can be dangerous for a lot of reasons. Without pasteurization there are continued fermentation issues and spoilage issues.”
​
When asked about what they were looking for in a flavor Morrero added, “We spent years finding just the right flavor producers and things are made to our spec. We went through a lot of rounds of trials after selecting a vendor. We don't use anything that's artificial. We also use organic and/or natural as much as possible. None of our flavors also ride on glycol, all of our flavors ride on [neutral grain spirit] so they're not chemical in flavor.” 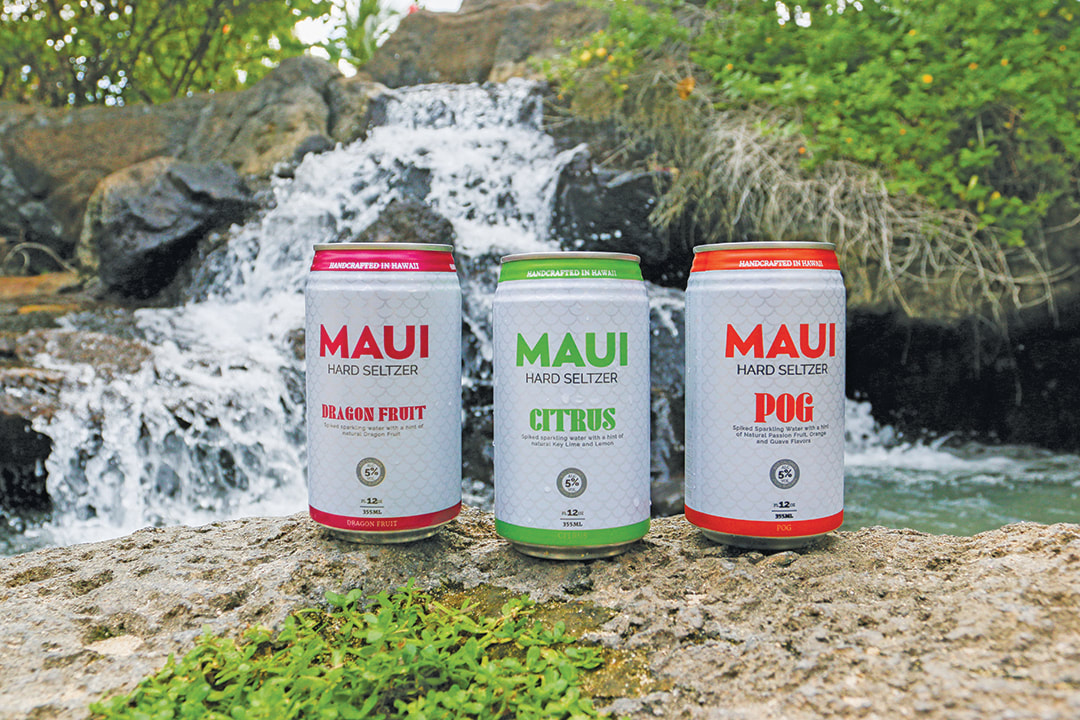 <
>
When  fermenting the sugars in a Hard Seltzer, the goal is to ferment to dry.  This means that there is no residual sugar.  This is similar to the fermentation process to a distilled spirit, however there is no additional distillation process. When asked how it compares to beer fermentation Morrero explained, “Generally, seltzer is a shorter fermentation [than beer and], you're trying to make a neutral product. Anything you do for your base, you're trying to get to as neutral a flavour, so you're not as concerned with the fermentation profile as much as you are with beer.”
After fermentation, water is added to achieve proper dilution.  Then the flavors are added before carbonation.  After carbonating the beverage it is then canned or kegged.

All the flavors have been released and are available on Maui.  POG is readily available on Oahu and Paradise Beverages limited availability of the citrus and the dragon fruit.
​
Manufactures Suggested Retail Price is  $9.99 a six-pack.
​
There will be a 12-pack mix pack coming out later in the year.